The Horse in Chinese Art and Culture 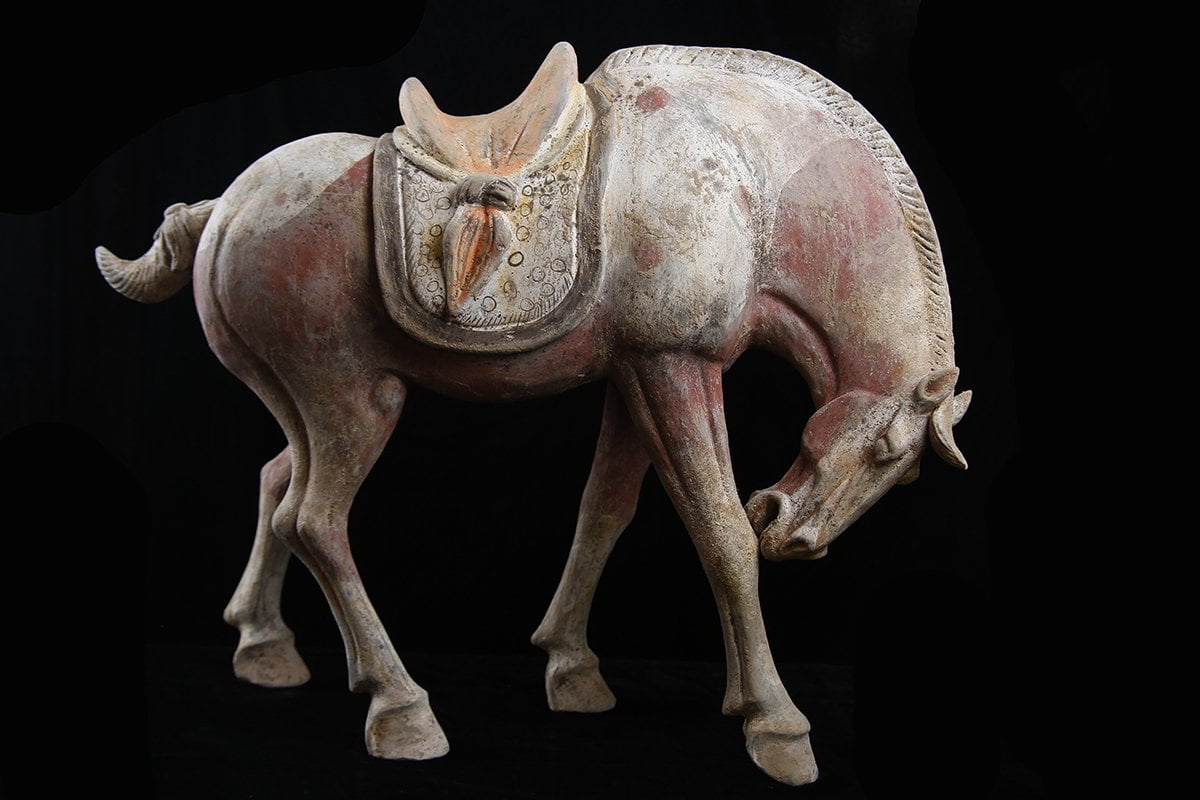 Throughout China’s long past, no animal has affected its history as greatly as the horse. Ever since its domestication in north-eastern China around 5,000 years ago, the horse has been an integral figure in the creation and survival of the Middle Kingdom.

Its significance has been such that as early as the Shang Dynasty (ca. 1600-1100 BC), horses were entombed with their owners for the afterlife.

During the Western Zhou Dynasty (ca. 1100-771 BC) military strength was measured by the number of war chariots available to a particular kingdom. As the military significance of the horse increased, so did its role in court recreational activities.

Social status and power were displayed by the number of horses owned and their appearance in lavish public displays. “Dancing” dressage horses delighted emperors in court ceremonies as early as the Han Dynasty, reaching their peak with the elaborate performances of the Tang Dynasty. During the Tang Dynasty, both polo and hunting from horseback became fashionable for both sexes. From this period, female court attendants on horses appear in art and in tomb sculpture.

China created three of the most important innovations in equestrian history: the horse collar, the stirrup and a reliable and effective harnessing system based on the breast strap. One of the great paradoxes of Chinese history is that despite the horse’s significance to the survival of the empire, domestic horse-breeding programs were rarely successful. As a result, China was forced to import horses from its nomadic neighbours throughout most of the imperial period.  Silk had been traded for horses during the Han Dynasty (157 – 87 BC). Tea was the commodity of trade during the Song Dynasty (681 – 907), and so began the history of ‘Tea for Horses’ markets. Tea production was controlled by China and they attempted to maintain the prices of tea at an artificially high level in order to acquire more horses.

By continuing to use the site, you agree to the use of cookies. more information