The Importance of the Fat Lady in Chinese Tang Art 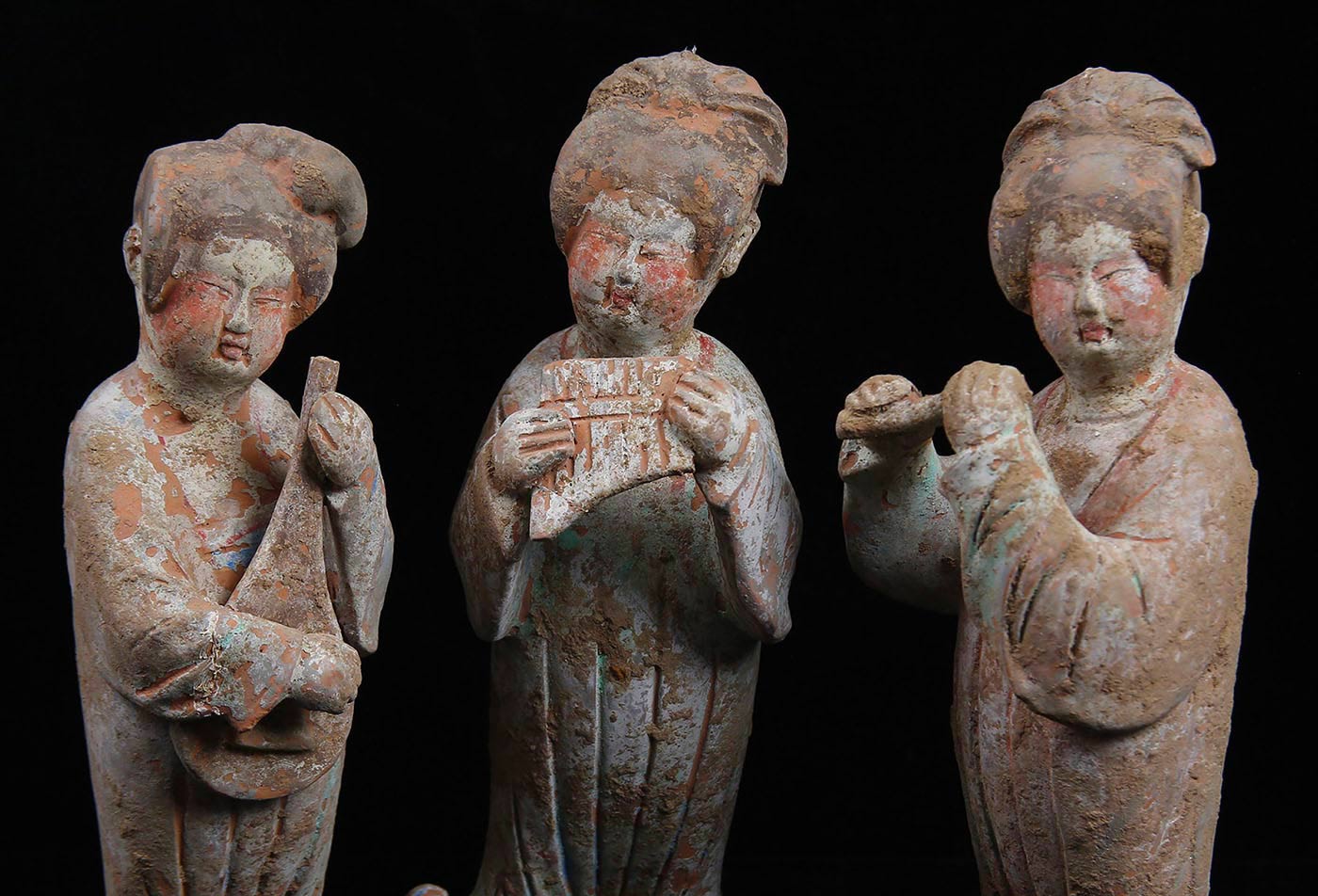 The Golden Age of Chinese History

The Tang Era of Chinese history is heralded as a golden age. It witnessed the prosperity of culture, economy, diplomacy and politics under a unified government.

Stability within China led to an expansion of foreigners entering and living within the country, bringing with them their own cultural and social habits.

With the introduction of different cultures, a new movement was ushered in. People were open to new ideas and beliefs, integrating and learning from new cultures. Normal class and social boundaries were dispelled with. Art was a particular genre that flourished with this new prosperity. Like other areas of the Chinese world, Tang art was influenced by the influx of new ideas and cultures.

The emergence of the ‘Court Fat Lady’ as a popular image of Chinese identity first made its appearance under the Zhou Dynasty, which briefly interrupted the Tang Dynasty. Women were romanticised and heroised. They were liberated in all sense of the word. Previously, the taste for women, especially concubines, had steered towards slim and slight woman. The new Tang Dynasty fashion preferred the more buxom figure. Plump women of the high court were enjoying their heyday. They were represented in art and poetry and became popular in the royal household.

It is said that the most famous of Court lady, Yang Guifei, the consort of Emperor Xuanzong (r. 712-756) set the fashion for ladies of ample form. Clothing and fashions accommodated Yang’s more mature figure and for the first time, long, loose fitting robes with high necklines became court fashion accompanied by elaborate hairstyles. One particular hairstyle is often seen on fat lady statues, made famous by the following story.

Returning from a hunting trip one day, Yang fell off her horse and the high arrangement of her hair came loose on one side. If anything, the delightfully dishevelled state of her hair made her look even more beautiful. It was not surprising that the other palace ladies rushed to copy her style, with her bedraggled appearance. Yang’s influence was to last for generations with the Chinese idiom ‘Yanshou Huanfei’ (‘Plump Yang, Slender Fei’.  Huan refers to Yang’s name whilst Yan refers to Zhao Feiyan’s name, the representative of slender beauty). This idiom celebrates the range of beauty celebrated in Chinese culture. The Fat Lady is the sculptural embodiment of celebrated beauty.

Our own 'Fat Ladies'

Our own examples of a ‘Fat Court Lady’ beautifully exemplify the typical Tang style, with her ample form clearly on display with rounded, rosy cheeks and curved stomach. She strikes a mature, demure and elegant figure. Her hands are delicately placed, resting in front of her stomach or raised in varying styles. Her hair often resembles the unconfined nature described in the Yang story above, shaken free from its constraints due to her horse-tumbling escapade.

By continuing to use the site, you agree to the use of cookies. more information